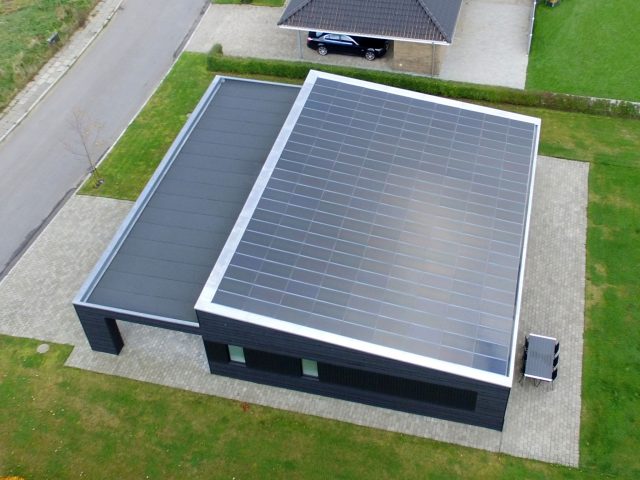 Electricity has many adverse effects on society that have made people start finding alternatives. Apart from its price hikes, it has a carbon footprint on Earth, thereby denting the greener planet cause. Why not use the naturally renewable energy, the sun, to produce electricity. After all, Florida is called the sunshine state for a reason. Miami sun would be eco-friendlier than gas.

Getting a solar panel with a new roof could be the best combination. Apart from having the same lifespan of 25-30 years, they come with an enormous 30% discount from some solar panel dealers. These solar panel dealers partner with roofing companies to get the best deal for you. No one makes a loss as the 30% discount is a customer acquisition cost to roofing companies. Therefore, if your roof has a lifespan of 8 years or less, consider buying a new roof and solar power. However, if not, getting solar power is still a good option.

As the world is driving towards a carbonless society, the American government has provided many incentives to use solar panels that regular electricity users cannot get. It also charges no electricity bill as its source of power is from the sun. So, what do you gain from going solar

With all these incentives, you can recoup your money in a decade or less.

Well, not only that, you are actively investing in your house by going solar. If you are planning a future house sale, going solar is going to help skyrocket its price. According to a report by Lawrence Berkeley National Laboratory, homebuyers value solar-powered houses more than their counterparts that don’t. Houses with solar power also sell better at a higher price. Future house sales at a better price could be your reason for installing a solar panel.

What If I Don’t Have Money To Get A Solar Panel?

Price Of Going Solar In Miami 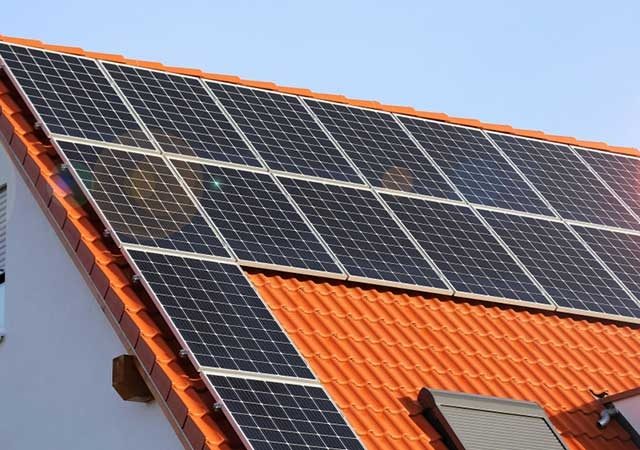 Making any significant investment in your Florida home requires careful consideration, including roof replacement. You would have to consider the following before investing in your house long-term

If not a new roof with solar power, then what?

Why Should You Replace Your Roof Alongside A Solar Panel?

Having partnered with roofers, solar installation companies now provide a 30% discount on any new roofs in any solar installation you want to do with rooftop replacement. This discount is available because the roofing company wouldn’t charge any customer acquisition cost.

What is more, your house has more value among buyers. In a report by Lawrence Berkeley National Laboratory, homebuyers value houses with solar panels better than houses that don’t. Therefore, solar-powered homes sell faster than traditional homes. Homebuyers can even pay as much as $15000 if the home has an average-sized solar array. When you are looking to sell the house over the long term, having solar installed will fetch you some extra bucks. Also, going solar reduces your monthly expenses. Since the sun powers solar panels, you won’t have to pay electricity bills.

Solar panels are sold in watts. Your choice and budget would determine how many watts of solar panel you want to purchase. As of November 2021, the average cost of getting an FL solar panel in South Florida is $2.73/W.

The gross average cost for buying 5 kilowatts of a FL solar panel costs $13,650 and $27,300 for 10 kilowatts. However, with numerous federal, state, and local incentives like Federal Investment Tax Credit ITC, you may end up paying much less.

However, owning a solar array can be unaffordable if you don’t have the income required. Completing both roof and solar array replacements is even costlier. But you have options.

You can seek a loan from a traditional financial institution and own your solar power. However, you may not be in support of a loan. Then, you can sign a power purchase agreement (PPA) with a solar company. This company will install solar arrays into your home and sell the power to you at a rate lower than the retail utility rate. You are even doing the planet earth a good by reducing carbon emission.

The USA Move Towards Decarbonization By Promoting Solar Power

To decarbonize the electricity sector and ensure a greener planet, the USA government has started promoting the use of Solar power. They plan to install at least 70 gigawatts per year for the next decade, of which solar installation in homes will represent 30 gigawatts. Achieving this in the next decade will vastly reduce carbon emissions and drive towards climate change.

You can support the climate change movement and move towards greener earth by purchasing your solar panel now. 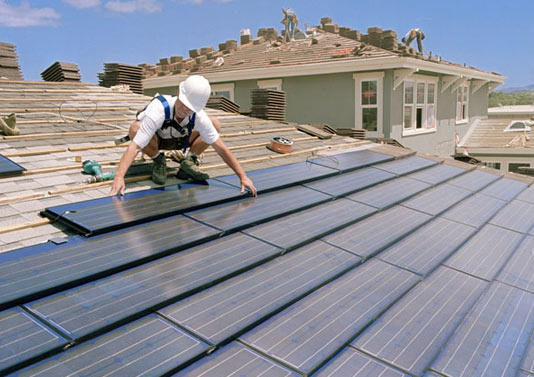 With the sunny days, Florida tax exemption rate, and Federal solar Tax rebate, where else is better to go solar than Florida’s Palm Beach? Getting a solar replacement to the high cost regular electricity cuts your bills. However, getting a new roof with a solar panel saves more! You would ask me; how?

As the world is moving to curb climate change, the American government is not left behind. To help curb the problem, they want a 70 gigawatts installation of solar panels to reduce the load on regular electricity in a decade.

The American government’s solar promotion has made getting solar panels affordable. With many tax rebates, property tax exemptions, and the removal of regular electricity bills, going solar might be the way. You can save even more by getting solar with a new roof.

Some Solar companies collaborate with roofers to do a full roof-solar installation while you save at a 30% discount. This is because roofers don’t charge their customer acquisition cost for roofing. Also, as standard rooftops and solars have roughly the same lifespan, replacing the two reduces the cost of getting a new roof in a few years.

So, what do you get from a solar roof combo; a 30% discount on the standard cost, electricity buy back rates, Florida and federal property tax exemption, Federal solar tax rebate, no electricity bills, and a dedication to a greener earth, whooping right? With all these incentives, you could recoup your money in a decade.

As solar is powered by the sun, you won’t have to worry about electricity quality. Palm Beach is the city of the sun. We can go as far as saying solar-roof replacement fits the specification of the Palm Beach hook, line and sinker!

Is that all? No. Solar Roof Replacement is one of the best ways to invest in your house for future sales. According to a report by Lawrence Berkeley National Laboratory, solar-powered houses have more value among homebuyers than houses without solar panels. Solar-powered houses also sell faster at a premium price. Having solar panels in your home would give you a few extra bucks when selling.

What If I Can’t Afford Solar Panels

Admittedly, solar panels come at a high price. With new roofs, it could be too absurd for low-income earners. You could sulk and continue with the trend or pick your options.

Getting a traditional loan wouldn’t be too bad. With numerous solar incentives, it would be easier to repay those loans. You can also recoup the money by leasing solar energy to others. However, you may not be in favor of a loan. You can sign a power purchase agreement with a local solar company. This PPA enables the company to install solar panels into your house and sell the power to you below the utility rates.

How Much Are  Solar Panels In Palm Beach?

Solar Panels are sold in watts. The average cost of a FL solar panel is $2.59/W. An FL solar panel of 5 kilowatts costs around $12,950. After removing the federal and Florida tax incentives and other packages that come with solar panels, you could end up paying significantly less.

As a general rule of thumb, long-term home investment is always a must to maintain a good house. Rooftop solar panel replacement is one you should consider.